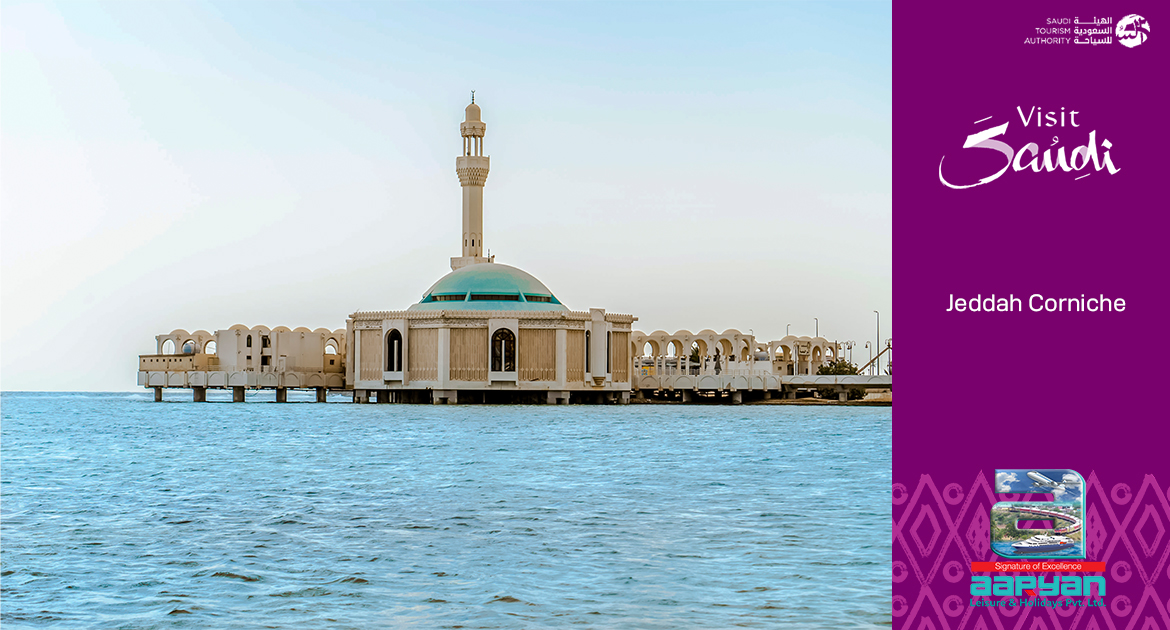 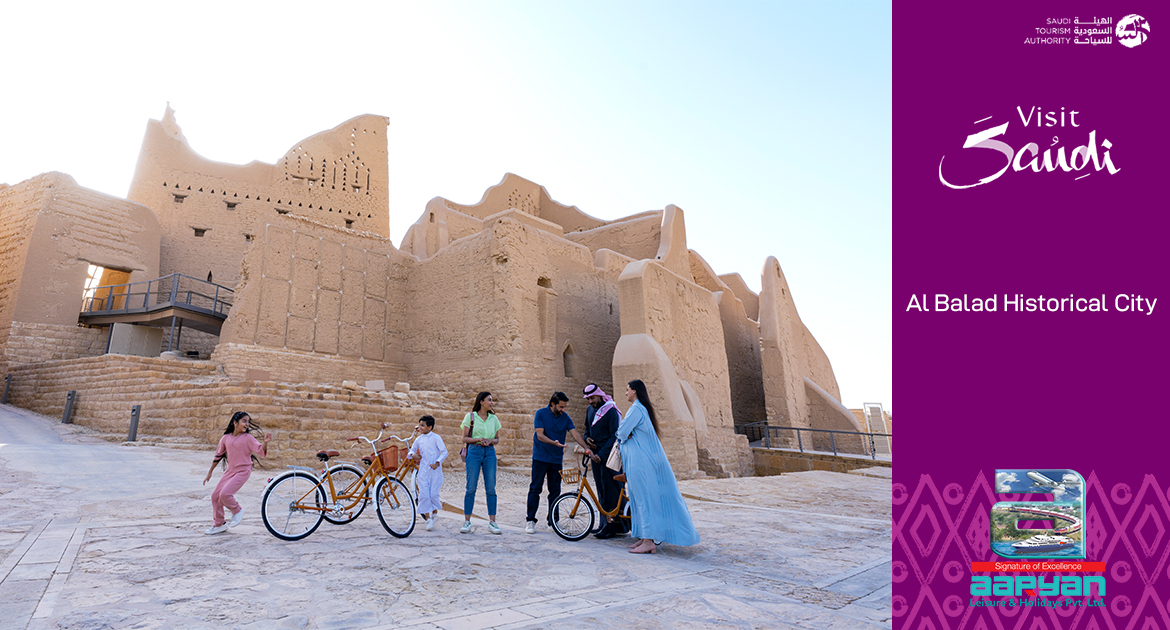 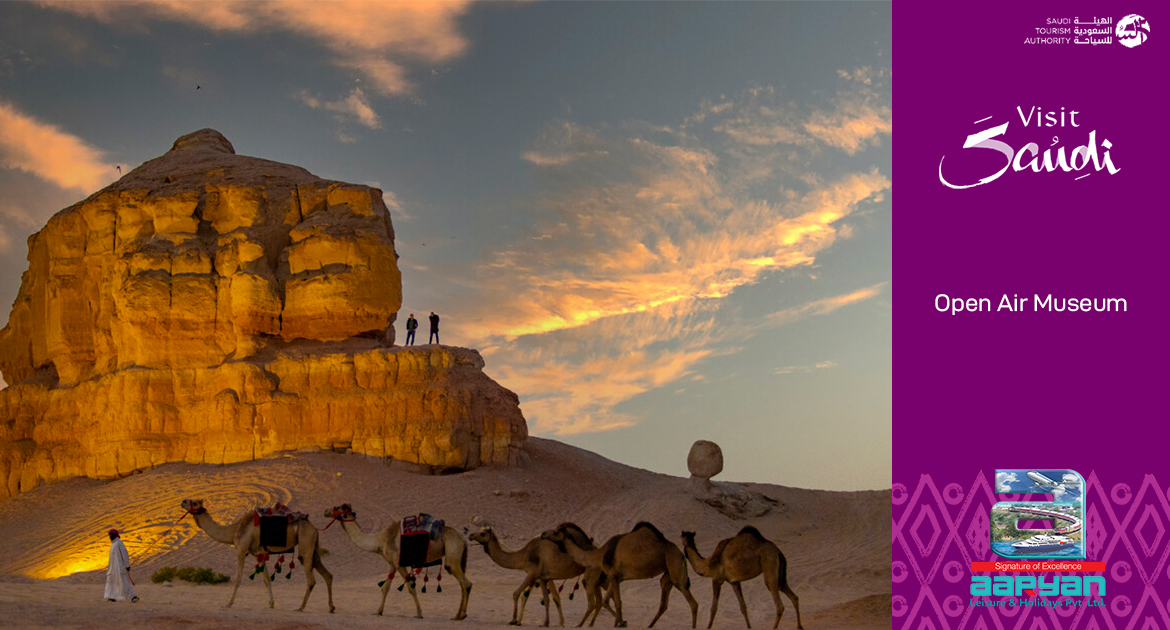 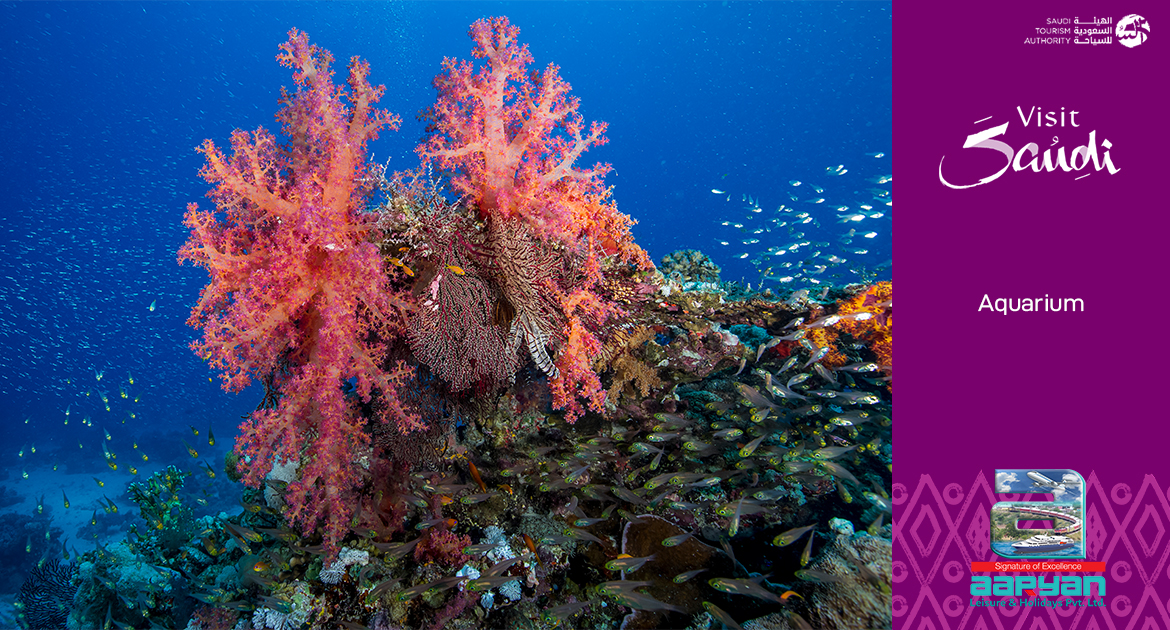 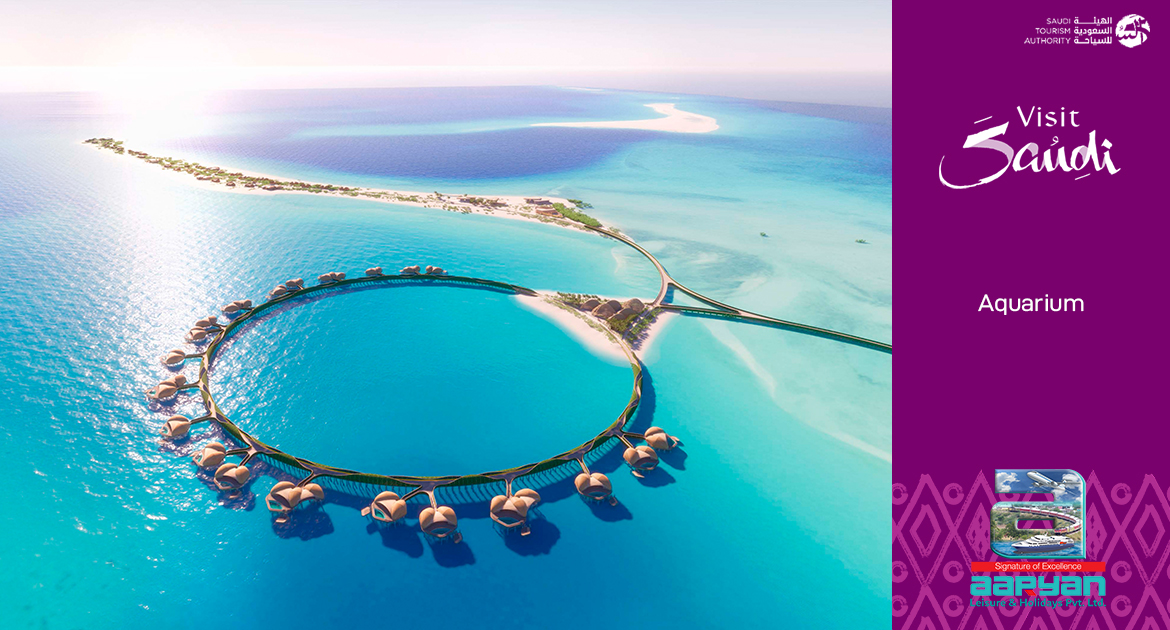 Jeddah, a Saudi Arabian port city on the Red Sea, is a modern commercial hub and gateway for pilgrimages to the Islamic holy cities Mecca and Medina. Resort hotels, beaches and outdoor sculptures line the Corniche, a seafront promenade anchored by the iconic King Fahd’s Fountain. The city’s Al-Balad historic district dates to the 7th century and retains traditional homes built from coral. Its population is estimated around 3.4 million and it is the second largest city after Riyadh. Jeddah is amongst the best cities in Saudi Arabia worth visiting. The second-largest city in the country, Jeddah is home to some of the most beautiful mosques, boutique cafes and waterfronts. The driving force behind the culture and lifestyle of the city makes Jeddah a fascinating place to visit, and markets, or souqs (souks), and museums are great places to learn about economic staples and local products.

The Jeddah Corniche, also known as the Jeddah Waterfront, is a 30 km coastal resort area of the city of Jeddah, Saudi Arabia. Located along the Red Sea, the corniche features a coastal road, recreation areas, pavilions and large-scale civic sculptures as well as King Fahd's Fountain, the highest fountain in the world. The Jeddah Corniche derives its name from the original French and Italian term for a coastal road, especially a road along the face of a cliff.


It is home to numerous five star hotels, restaurants, and cafes. You will also find phone charging stations, beautiful fountains, gardens and play parks that make this area the perfect spot to spend a weekend with your family or friends to relax and have fun. One of the most popular attractions in the new Jeddah Corniche is the Al-Rahmah Mosque, previously known as the Fatimah Mosque; this mosque is famous for its beautiful architecture and scenic location. Constructed on stilts over the sea, at high tide, the mosque appears to hover over the waves of the Red Sea below, which is why it is also known as the floating mosque. It is also home to several sandy beaches, where locals and tourists come to relax and swim. There is also a man-made island, which is in the shape of a crescent moon that attracts tourists and locals alike and gets particularly busy during the weekends.

The fountain was donated to the city of Jeddah by King Fahd, hence its name. It was constructed between 1980 and 1983 and was launched in 1985. Located on the west coast of Saudi Arabia, the fountain jets water to a maximum height of 260 metres. It is popularly called King Fahd's Fountain. It is listed in Guinness World Records as the highest water fountain in the world. The fountain is visible throughout the vicinity of Jeddah. The fountain uses saltwater taken from the Red Sea instead of freshwater. Over 500 LED spotlights illuminate the fountain at night.

Al-Balad is the historical area of Jeddah, the second largest city of Saudi Arabia. Balad can literally be translated as "The Town. It is the historic center of the City of Jeddah.Al-Balad was founded in the 7th century and historically served as the centre of Jeddah. It dates back to the seventh century, when the third Muslim Caliph Uthman Ibn Affan made it the official seaport for the holy city of Makkah. It became the landing harbour welcoming all Muslim pilgrims who reached Arabia by sea. Walking through Al-Balad, one can marvel at the centuries-old coral tower houses the historic town is famous for. The intricately designed structures, built using coral from the depths of the Red Sea, feature captivating colourful wood-latticed rawasheen balconies, known as mashrabiyyahs. Al-Balad is dotted with numerous old souqs and bazaars, lined by charming small shops that sell everything from Arabian dates, to spices, honey, souvenirs, silver and gold ornaments and textiles. As the sun sets and the heat and humidity abate, these traditional marketplaces awaken and start buzzing with visitors and pilgrims who stroll through their narrow maze-like alleyways to get lost in the fragrant scents and vivid colours of open spice sacks, perfumes and dazzling gold woven textiles. Al-Balad is recognised as a UNESCO World Heritage Site. Not only does this historic town define the architectural and historical identity of the region, but it also stands as a living witness to the early Islamic period and how it ties to the present day.

Over 2,000 years old and located in the north-west of Saudi Arabia is al-Ula, the world’s largest open museum. Al-Ula region is a rocky area which is home to numerous artefacts dating back to 900BC, making it one of the most important heritage sites in the kingdom.

Fakieh Aquarium is the first marine exhibition of its kind in Saudi Arabia, and it’s no coincidence that it finds itself within earshot of the city’s lapping Red Sea. The sprawling tunnels and vast tanks that make up the aquarium house over 200 species and around 85 percent of them are native to Jeddah’s undisturbed coral reefs. It makes this colorful window onto the Red Sea the next best way to experience the region’s vibrant underwater ecosystem without needing to squeeze into scuba gear. Accompanied by a meditative soundtrack and enclosed in cavern walls, a trip through the aquarium brings you face-to-face with some of the 800 Red Sea oddities that don’t exist anywhere else on the planet.

The Red Sea is 500km north of Jeddah, between the Saudi towns of AlWajh and Umluj. It contains some of the world's hottest and saltiest seawater. With its connection to the Mediterranean Sea via the Suez Canal, it is one of the most heavily traveled waterways in the world, carrying maritime traffic between Europe and Asia. Its name is derived from the colour changes observed in its waters. It is home to over 1200 species of fish and 250 species of coral. Spinner dolphins, dugongs, turtles, mantas, and sharks are just some of the marine species that calls these waters home.